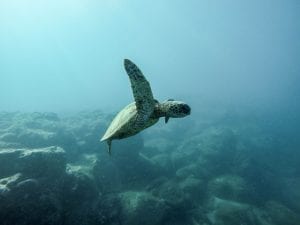 You might have seen this viral video of a turtle getting a straw pulled out of its nose. Those images caused such outrage that they led to bans on plastic straws. Or you may have seen the pictures of seabirds lying on the beach, with bottle caps spilling out of their guts or the poor dead whale where 40kg of plastic bags were pulled out of its stomach. If you have, chances are you feel pretty bad about it. Those images probably make you think twice about the way you dispose of trash. Hopefully you’re not be the kind of person who would chuck a plastic bottle over the side of your boat or throw a plastic bag full of rubbish into the water. Because you love the water – that’s why you have a boat, isn’t it? A boat that takes you out into clear, blue seas and wide, open spaces. A boat that leads you to coral reefs where you can snorkel, dive and explore the wonderful underwater world. A boat that allows you to share in some of the planet’s most precious places – lakes, rivers and oceans.

The trouble with invisible things

The problem is, humans can be motivated by horrible images like that turtle but we don’t do so well when the problem happens at a different scale. There’s a lot of research about this. It turns out that people don’t care much about things they can’t see. We’re pretty good at ignoring something that’s invisible – like toxic chemicals. So where does that leave us with antifouling – also known as bottom paint? Bottom paint is toxic, even deadly. But we still slather it all over our hulls in the false belief or hope that it will keep our boats clean and efficient for at least a few months.

What’s the problem with antifouling paint?

Antifouling paint is toxic and poisonous. It’s designed to kill living things; marine life in particular. Which it does, just as surely as plastic in a seabird’s stomach.

This happens in several ways.

So why are we still using antifoul on our hulls?

That’s a good question. There are people all over this earth who spend their whole lives trying to work out why we do the things we do, whether it’s about getting healthy or not driving drunk or cleaning up after a picnic in the park. It turns out there are a few key answers. Firstly, we humans need to understand the reasons for changing our behaviour and we have to believe they matter. If you want to know why bottom paint matters, check this post insert link to previously written antifoul post. We also need to feel that change is possible, that it’s relatively easy to do and that other people around us are doing it too. Plus, we may need more information and someone to help us make changes. Which brings us back to the antifoul problem.

Fortunately for all of us, turtles included, there is a solution. You can say farewell to toxic bottom paint if you use a FAB Dock. Our unique solution keeps your hull clean and dry. There is no need to paint it with toxic antifoul because the water won’t touch it and those nuisance molluscs and algae won’t grow on it. That means no toxins in the water, no toxins hanging around in the mud or sand below your boat, and no toxins building up in the food chain. So next time you see another picture of an ocean creature dead from plastics, just remember this: invisible things can kill too. Don’t be the boat owner who ignores that and trashes the waterways that we all love.

We’d be very happy to show you how FAB Dock keeps the waterways clean.